Issue #29 opens with Robin Skelton’s intriguing commentary suggesting that the world of stamp collecting has parallels to the study of world literature in that it “enables people to explore and understand something of the culture and history of other countries.”  It is perhaps fitting, then, that the issue begins with three poems by the distinguished Pablo Neruda, recipient of both the International Peace Prize (1950) and Nobel Prize for Literature (1971).

Next, a moving memoir by the late Peter Russell explores the time he spent visiting with Ezra Pound from 1965-1972 in Venice, thus offering a glimpse into the final years of one of the world’s most controversial writers. The precise, spare nature of the language in Pound’s work draws heavily from classic Chinese and Japanese poetry. What follows is a selection of poems in translation by Chinese poets from the Tang (618-907), Yuan (1271-1368), and Ming (1368-1644) dynasties. Readers will delight in luxuriant imagery, profound insights, and the surprisingly timeless quality of works by such greats as Li Ho, Po Chi-I, and Yang Wan-Li. Their collective wisdom is the world’s inheritance.

Also worthy of note is David R. Clark’s provocative essay, “Stretching and Yawning with Yeats and Pound” in which he analyses the meaning of two seemingly simple words in Yeats’ “Three Things” and invites readers to indulge in an exercise extolling the power of language. 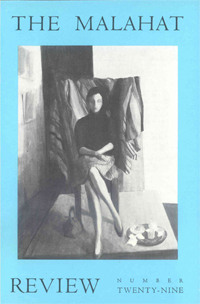