Just over a year ago Michael Lista took Jan Zwicky’s  essay,“The Ethics of the Negative Review” to the ball field and tried to knock it out of the park. Half of July’s book review section in the National Post was dedicated to the debate as first Lista took a swing, then Zwicky threw the ball right back. After round two for Lista, Fiddlehead editor Ross Leckie stepped in and called for a time out leaving Zwicky with the last word. Zwicky’s essay had recently been republished on the Canadian Women in the Literary Arts (CWILA) foundation website; but where was it originally published? Right here in The Malahat Review.

Issue 144 is dedicated to the art of reviewing, and several notable authors, including  Annabel Lyon, Fred Stenson, Robert Bringhurst, Lynne Van Luven, John Lent, and Hilary Mantel, speak to the type of review they want to see published in literary journals, the kind they find most useful.  When Lyon admits writing a negative review in her early years she says: “I was young, I was clever, and I was showing off.” Van Luven argues that “a good review is a conduit between three minds,” and in order for this conduit to work properly the reviewer must keep her/his ego on a short leash—the review must be about the work being reviewed, not how diligently it can be attacked. Lent argues that reviewers need to drop social constraints, didactic scholarly posturing, and have confidence to dive in and really “discuss” a work with vigour and passion. Stenson admits, with a shrug, that he’d rather have a negative review than none at all. And Kevin McNeilly reminds us the act of reviewing is, for the most part, the act of listening.

Get the Reviewing issue and read the arguments for yourself. 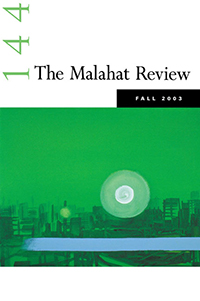