Print edition of Malahat Review Issue 27 (July 1973). This issue is not available for online purchase due to low stock. Please contact The Malahat Review at malahat@uvic.ca or 250-721-8524 for more information.

Issue #27 offers up a sumptuous sampling of international fare starting with its mesmerizing cover image titled “Revolver II” by the late Australian poet Alan Riddell.  This high-impact example of visual concrete poetry seems to suggest that the content of the issue might in some way revolve around the notions of love and war in all of their temptations, manifestations and translations.

Jan Wolker’s “Serpentina’s Petticoat,” translated from the Dutch by Felix J. Douma, challenges readers with a raw but humorous depiction of death courtesy of Bon Louis, the narrator’s infamous uncle. The Occupation may have been a time of rampant scarcity, however, Bon Louis never seems to run out of stories to tell. His death proves to be the most colourful story of all.

Of particular interest is Paul Hills’ critical study titled “The Romantic Tradition in David Jones.” In it, he suggests that British artist/poet Jones (1895-1974) “belongs to no school” and “fits no categories.” Readers can decide for themselves by viewing the impressive selection of Jones’ works spanning the years 1925-1949.

Fans of both John Ruskin and Samuel Beckett can delve a little deeper via book reviews by Paul H. Walton and Eugene Webb. In “The Drawings of John Ruskin,” Walton examines the leading English art critic of the Victorian era (who also just happened to be an accomplished writer, draughtsman, watercolorist, esteemed social thinker and philanthropist). In “The Plays of Samuel Beckett,” Webb discusses avant-garde Irish novelist, poet, playwright and recipient of both the Nobel Prize for Literature (1969) and the Croix de Guerre (1945). Another notable novel, Thomas Pynchon’s now classic Gravity’s Rainbow, just released in 1973, is also reviewed here by Peter Stevens. 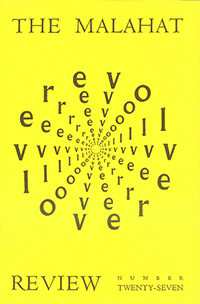