Print edition of Malahat Review Issue 2 (April 1967). This issue is not available for online purchase due to low stock. Please contact The Malahat Review at malahat@uvic.ca or 250-721-8524 for more information.

It takes only a casual, modern glance at the second issue of The Malahat Review to see the wide scope of the issue’s undertaking—and the literary and political impishness that makes even its classicism a delight. Emblazoned inside and out with the noted American photographer Aaron Siskind’s stylized feet, the collection manages to ask some noteworthy questions at the edges of classical literature without once shirking its responsibility to its own era.

Starting from the bracing African journals of Paul Theroux—whose popular recognition as a novelist takes off during the 1970s—two short stories (“The True Story of Billy Buckles,” by Frederick Rebsamen, and “The View from the Oregon Side,” by Sister Mary Gilbert)follow that are compact, near-fable delights. A translation of a critical provocation by Miguel de Unamuno, linking the reading of Cervantes’ Don Quixote in pre-fascist Spain with Sancho and the legacy of madness, holds down a quirky, scholarly middle section.

The last three items in the issue are perhaps its most remarkable, however. Previously unpublished poems by the English labourer and poet John Clare (1793-1864) provide an object lesson in the lure of doggerel and the folk tradition, barely gussied up to meet the standards of the mid-19th century. And, no coincidence, Irving Layton’s own irrepressibly bawdy responses to Canadian academia follow in worksheets that lead to the poem, “Philosophy 34.”

The final essay, by Canadian literary critic George Woodcock, is a potent discussion of the functional paradox of the university, offered up in response to a troika of mid-1960s books about universities, radicalism, and the economics of progress. No less than the works of Clare or Cervantes, Woodcock’s essay remains timely—drawing us to ask ourselves if, in the pursuit of their studies and in the absence of a broad political movement, his chilling claim about university life’s political inertia holds true: “Most academics would still sooner live on their knees, and so would most students.” It’s deeply concerning that Woodcock’s worry appears in an age of radicalism and that his long-range fear is that universities, in order to continue to function, will become “particularly dependent on the generosity of governments” to set the tone and direction of education, research and inquiry. 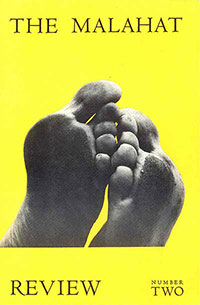