With the image of a humble cookie-tin lid on the cover of issue #133, Canadian photographer William Eakin seems to invite and even challenge readers to question what they see as valuable and meaningful in this life, a theme that weaves its way through this rich collection of short stories and poems. Eakin—whose works have found themselves in collections in such faraway places as the Netherlands, France, Japan and Taiwan—offers a social commentary of sorts in presenting such an unassuming domestic object.

The notion of place holds great meaning in the works of Canadian novelist, short story writer, journalist, professor, and author of The Blue Light Project (2011) Timothy Taylor. Readers might be surprised to learn this prolific writer and winner of numerous awards including the Journey Prize (2000) started life as a banker and then later worked as a freelance journalist. In “Copper Cliff,” Taylor turns back time and focuses readers’ collective lens on a place that he dearly loves—West Vancouver.

A shift in focus east to Toronto offers “Garrison Creek,” by the acclaimed Canadian writer Stephen Marche, for whom Toronto’s largest and most famous buried river serves as inspiration for this gem of a short story. Marche’s gift for weaving narrative with a journalistic flair culminates in a story that reminds readers that what is lost isn’t necessarily forgotten.  Meanwhile, Victoria’s own Patricia Young, twice-nominated for the Governor General’s Award, treats readers to “Dumb Fish,” in which the simple cardboard fish made and decorated by a mother and her daughter serve as a bittersweet echo to the past.

Maritime writers Lisa Moore (winner of the Commonwealth Writers’ Prize, 2006), Ken Babstock (winner of the  Trillium  Book Award, 2006), and Anne Compton (winner of the Atlantic Poetry Prize, 2003 and 2005; Governor General’s Award for poetry, 2005; and the Alden Nowlan Award for Excellence in English-Language Literary Arts, 2008) explore the profundity of things and events from everyday life. These three masters of the mundane craft pieces that highlight the ordinary, to extraordinary effect. Of particular note are Compton’s “Your House Should Be a Second Skin—Real Estate Ad” and “She Declines His Proposition.”  Compton, whose work has been compared to that of Emily Dickinson, presents profound truths via spare, unassuming yet weighty detail that will stay with readers long after the poems are read.

Finally, fans of YA novels will delight in some early poems by American-born Canadian writer Erin Bow (née Noteboom). This physicist-turned-poet and winner of the TD Canadian Children’s Literature Award (2011) and the Canadian Library Association Book of the Year Award (2011) reveals the early influence of science on her writing in a series of five memorable poems including “Early Symptoms,” “Acorns,” and “Apple Spells.” Human observation and experience take on greater meaning and reflect profound truths through her scientific lens. 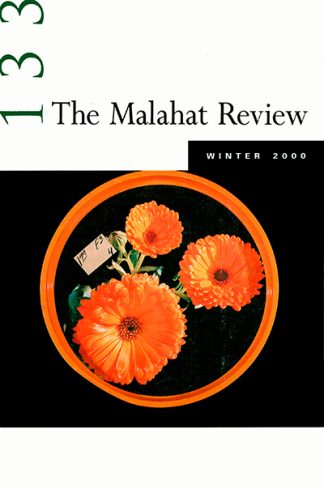