The cover image of Issue #139 of The Malahat Review seems to embody what it means to be a poet and writer. The image (1999), the combined efforts of Manitoba artists Aganetha Dyck (sculptor) and William Eakin (photographer) depicts a honeybee working on a line of poetry by Di Brandt. In doing so, they give Brandt’s poem renewed life. Dyck, well known for her work with honeybees, offers a provocative look at what emerges by introducing various objects into the hive and allowing the bees to build their honeycombs on them. The result is sweet, indeed. It serves as a wonderful example of creative symbiosis and gentle reminder that poets, too, have a special role to play in our lives and that their talents must be nurtured if the craft and these writers are to survive and thrive in the 21st century.

In essence, this issue celebrates the reward that comes from the laborious and limitless creative endeavours of those whose works grace the pages of this poetry-rich issue.  Interestingly, many of the contributors emerge from non-literary fields and utilize the knowledge and skills gained from their respective professions to craft highly provocative and memorable pieces. David Waltner-Toews, a Canadian poet, essayist, and fiction-writer happens to be both a veterinarian and epidemiologist who has played a critical role in ecosystem health research around the globe. In his work, he explores ways in which people and other species co-exist on our fragile planet. His poem “Earth,” a timely and reflective piece, acknowledges the cyclical nature of our existence and the meaning of life itself. Lorri Neilsen Glenn, award-winning Poet Laureate of Halifax (2005-2009), essayist and ethnographer with a rich Métis heritage explores the importance of place in “Delivery.”  In her poem, she steps back in time to 1909 and paints a vivid portrait of a Canadian prairie rail town.  Canadian poet-biologist Jan Conn, a research scientist who examines how insects transmit pathogens, shares with readers the awe of discovery that resides in the beauty and complexity of the natural world in “Glory.” Meanwhile, Erin Noteboom, an American-born Canadian author and recipient of the prestigious TD Canadian Children’s Literature Award (2011) underwent her own metamorphosis from physicist to poet to YA novelist.  In “Ghost Maps” from Ghost Maps: Poems for Carl Hruska (2001 CBC Canadian Literary Award), she extends her knowledge of the elementary ingredients of matter to examine the building blocks of memory. Finally, readers will enjoy a poem by Isa Milman, the acclaimed German-born Canadian writer, visual artist, and occupational therapist who received the Canadian Jewish Book Award for Poetry in 2005, 2009, and 2013. Milman weaves the personal with the historical in “Searching for Wallenberg.”  In it, she alludes to Raoul Wallenberg, a Swedish diplomat who disappeared after saving thousands of Hungarian Jews during WWII.  The poem comes alive with mystery and history, and serves as a timely reminder that things are not always what they seem. 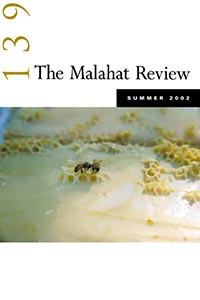