Mary Swan won Malahat’s Novella Prize in 2000 for “The Deep,” and that story subsequently won the O’Henry Prize. Issue 141 opens with another offering from Swan: “Naomi”—a character-driven story that begins with the birth of Sadie who has “a mass of dark hair and a strong cry.” The story is a powerful exploration of family dynamics.
Another story, “That Distance Between Us,” by Dave Miller, also examines the way families work. In this case, the main character, John, is living in Ajax, Ontario having left behind his Nova Scotia roots. When he gets a phone call in the middle of the night because his father is ill and dying, John has to come to terms with family and distance.
At the end of the issue is Rachel Wyatt’s story, “The Woman Who Drowned in Lake Geneva,” an examination of the role art and fiction have in shaping our lives, told in a compelling narrative that, at times, has the spirit of a murder mystery.
There is some very strong poetry in this issue including three poems by Karen Solie, whose energy and originality is clearly evident. “Parabola” begins:

Before words, mathematics grew in the Kananaskis Valley
as an egg, flew its calculations of upsweep and plain
in the bones of crow and Cooper’s Hawk.

And just like that, readers make the leap from the abstract notion of geometry to the swoop of a raptor. In her poem “Lucky,” good fortune is a “suitcase of clothes / that fit” and “the sense to give bad coffee a miss.”
There are poems by Adam Sol, Dorothy Field, Carole Langille, John Donlan, Steve McOrmand, Dieter Weslowski, Susan Stenson, Sue Wheeler, Alpay Ulku, Antonia Banyard, Matt Rader and others.
Four of Steven Heighton’s poems are included here. The first two, “The Wood of Halfway Through” and “Constellations,” are warm evocations of his young daughter. The other two are more outward looking. “The Last Living Speaker of the Arondha Tongue Caught on Video a Few Hours Before Her Death” is self-explanatory, and “From the Lost Diary” captures a moment from Robert Scott’s Antarctic expedition.
The final couplets of Jamie Walsh’s “Two Sonnets for Cawdor” close things out nicely. Here is the first one:

broken at the knot, all the split ends sucked—
and I’ve a thane within my pocket tucked.

Stuffed in fishy trews, skittish as a hen—
they do say traitors are all little men. 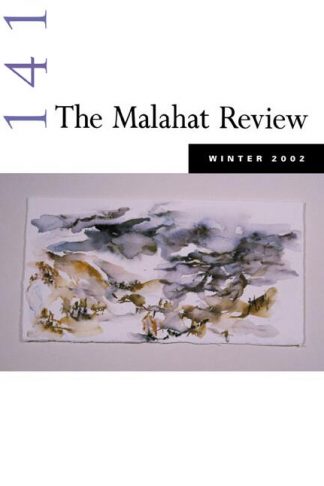