Print edition of Malahat Review Issue 37 (January 1976). This issue is not available for online purchase due to low stock. Please contact The Malahat Review at malahat@uvic.ca or 250-721-8524 for more information.

It seems serendipitous to be reading Issue 37, an issue comprised entirely of Austrian writing in translation, when the Malahat’s Translation Issue (188) has just been released. The new harkens back to the Malahat’s origins of a global approach to literature that Robin Skelton built into the journal’s foundation.

Guest editor, and later Malahat editor from 1992 to 1998, Derk Wynand translated seven of the pieces, both poems and prose. The influence of these Austrian writers is apparent in Wynand’s work. In reading Friedericke Mayröcker (1925-1989), one of Austria’s most important contemporary poets, the reader is launched instantly into the musicality and listing/lilting narrative of objects, “Come I will lead you will conduct you I’ll take you along…” (from “Death-Song Love-Song,” translated by Wynand). Harriet Watts, then professor of Modern Foreign Languages at Boston University, also translates Mayröcker’s poem “Narrating of a Narration.” The similarities and differences between these two poems could be stylistic differences in the poems, or the translators, or both, so the art of translation become a third party in the text.

What enthralls is the lyricism interwoven with the personal, with echoes of history, experience, sound-echoes that translators have perhaps played off. In his introduction, Wynand shies from pinpointing the Austrian writers to any school or style. What resonates is playfulness, the use of repetition and rhythm, and a sensibility or essence that seems to imbue Eastern European writing.

Notable Austrian writers include Oskar Kokoschka (1886-1980) translated by Ewald Osers (1917-2011) one of the most well-known translators of Central European languages. Alice Schwarz, whose long poem “Songs on the Death of a Father” (translated by Harriett Watts) is playful, simple and direct. Schwarz, publisher of the German feminist journal EMMA, was made Knight of the French Legion of Honor in 2004. Many here have since passed on, some with little record in English, some so well-known as to be part of the canon of their times: Thomas Bernhard (1931-1989),  and Michael Hamburger (1924-2007),  a British translator known for his work with W.G. Sebald, Paul Celan, and Gottfried Benn. Also of note are Elfriede Jelinek, 2004 Nobel Prize for Literature recipient, and Ernst Jandl (1925-2000), Dadaist and life partner of Friedricke Mayröcker. From the cover art, to interior Cubist illustrations, reviews, poems and stories, what strikes me is the community of world writers and how connections and influences are not marred by time or distance, but live on in these pages. 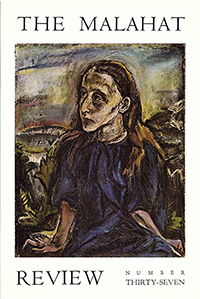