The Malahat Review’s 61st issue opens with Diane Keating’s (1940-   ) poem “Qu’Appelle Valley,” which ties natural settings with human emotions and sets the tone for much of the poetry to follow. Some are meditative snapshots of subdued moments in nature, such as A.W. Elston’s (1946-   ) “Five Poems in Search of Form” (his first publication) and William Virgil Davis’ (1940-   ) “The Tree.” while others are more intense and darker in mood, such as Deirdre Ballantyne’s (1923-1980) deeply evocative “Journey: a sequence” and Neile Graham’s (1958-   ) two phenomenal pieces “Sky Dark, Cloudless and Starless” and “The Seasons Break Their Shapes.” Twenty-four at the time, Graham is one of the two youngest contributors in this issue, along with Harold Rhenisch (1958-   ). Both of these young poets write at a calibre far beyond their years and are well worth a read. Rhenisch had an especially early start, having been included in the 1980 anthology Six Poets of British Columbia at the tender age of 22. He is still going strong on the poetic scene today, with a new collection launching in September 2015 — a book which, as he states on his website, “honours the tradition of epigram and wit I learned from Robin Skelton.” The late Malahat editor may be gone but is certainly not forgotten, and Rhenisch’s 33-year-old publication in Issue 61 henceforth becomes an enticing slice of history as well as an excellent poem.

Meanwhile, award-winning playwright Brenda MacKenzie (1952-   ) proves equally talented in the short story genre. Her comical and pensive “Mr. Arc-en-ciel” is a portrait of an eccentric piano teacher and his influence on a student sharing an old house with five eccentric roommates “drawn together under one roof only by a common lack of cash.” The story’s quirky charm is balanced by its thoughtfulness, making it a definite highlight. Also of note is a contribution by Leon Rooke (1934-    ), a founder of the Eden Mills’ Writers’ Festival and a member of the prestigious Order of Canada. His story “Narcissus Consulted” portrays a young woman who learns the consequences of vanity.

A handful of translated works lend some international flavour to this issue. In the story “Kakot’s Numbers”, a Siberian villager learns about the foreign concept of numbers after he is hired as a cook aboard a Norwegian vessel. This is the first story by Yuri Rytkeov (1930-    ) to appear in English. Rytkeov was at the time the only prose writer among his people, the Chukchi of North-east Siberia. He has written more than 15 novels and many short stories about his people, and was a consultant to the UNESCO Arctic cultural program. Also included are two short stories by Vilas Sarang (1942-2015), translated from the Marathi language of India. Finally, Fleur Adcock’s (1934-   ) translation of three poems from twelfth-century Latin provides a pleasant read with a simple rhyme scheme and a jaunty flow. Adcock, a poet as well as translator and editor, has received an impressive 13 literary awards over the span of her long career.

Lastly, I could not exclude David Thistlewood’s (1944-   ) essay on Sir Herbert Read (1893-1968). Read was a prolific British critic of visual art and literature, as well as a poet himself. Thistlewood’s study is an intriguing character sketch of a man seeking tirelessly to understand and define artistic principles within parameters accessible to language. With influences as various as Nietzsche, Freud, and T.S. Eliot, Read’s theories are multi-faceted and original. Also of interest is Read’s unusual and little-known only novel, The Green Child (1935), as discussed and analyzed by Thistlewood. As a bonus, photographs are included which depict some of Read’s correspondences, notes, and other items of interest. 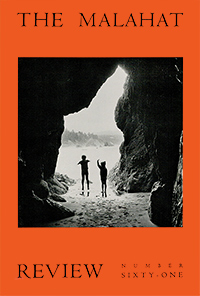