What towering critic and novelist of the Twentieth Century could make famed founder of the Bauhaus school, Walter Gropius, pause to extol the value of kindness in art education? Or bring sculptor Henry Moore to such praise that “his work helped to change the whole situation for art” in Britain?

Published in early 1969, the ninth issue of The Malahat Review appeared as a memorial symposium for Herbert Read, who had passed away the previous summer. The collected recollections and appreciations of Read—from poets, novelists, and critics, to a sculptor and an architect—demonstrate far more than professional regard. The continuity of Read’s life rounded up accomplishments in the arts with a proud branch of anarchism that held human dignity above the aims of the modern state.  And though his life’s efforts crossed “half-a-dozen fields” as he saw it, over and over again, the wealth of appreciation shown for Read’s efforts in this issue of The Malahat suggest that it was Read’s immersive refusal to be limited by field or function that drew people to him.

We find, in the recollections of Denise Levertov, that Read could be a quiet man who preferred the honest company of a child to the pomp of a garden party. We see, through Gropius, the intellectual engagement and personal generosity of Read in welcoming a displaced intellectual from abroad. And the paradox, via George Woodcock, of Read as the delightfully contrary, principled individual who could also bend his world view to see truth—even when acting on these truths was inconvenient. A pacifist who, like Bertrand Russell, would acknowledge the need, in 1939, to enter into World War II, Read also actively and publically defended the rights of those who protested the iron heel of state oppression during the war effort. As a quietist and anarchist, his early interest in existentialism and psychoanalytic approaches to art and literary criticism—like his later decision to accept a knighthood—seem like the kind of paradoxes only built by immersion and engagement, or the quirky follies constructed by testing oneself, and the world.

What brought Read together, as a human figure, appears to be his attention to the complete human in all of us. The publication of this appreciation for a creative, insurgent intellectual and political radical like Read could be nothing less than an incitement to live life—including education, art, and politics—fully and together. What could be more challenging than that? 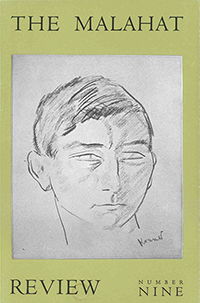